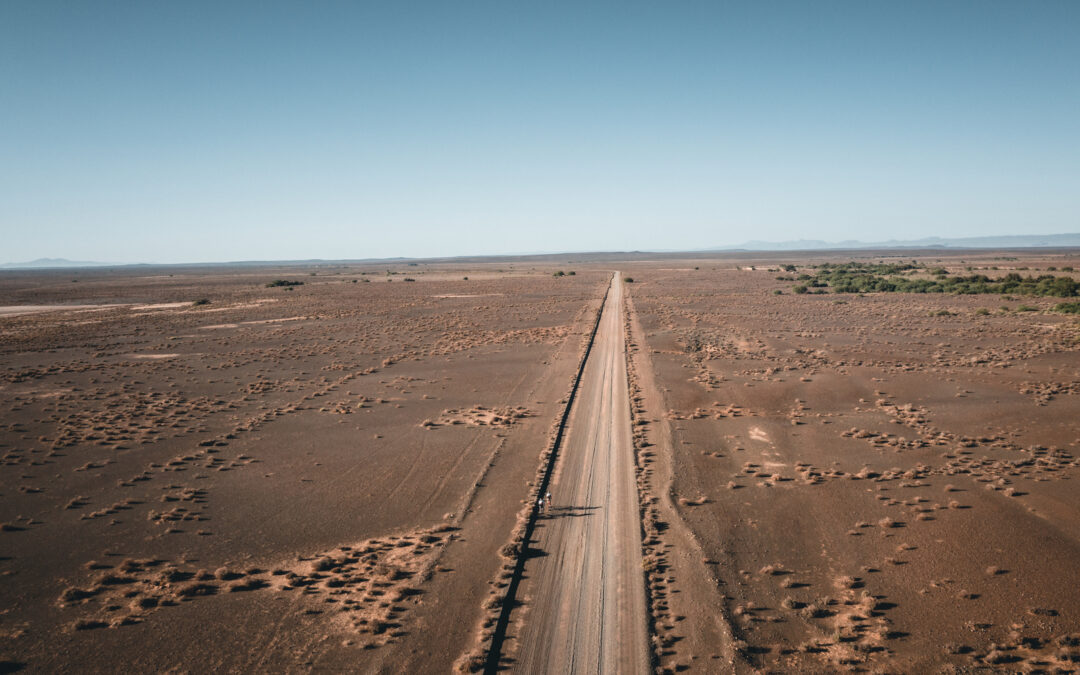 The R355 is South Africa’s most famous gravel road. Or most infamous rather. Famed for shredding the tyres of pilgrims on their way to Africa Burn, or those of motorcycle adventurers seeking isolation in the heart of the Tankwa Karoo. For cyclists it holds a special attraction. It is the longest uninterrupted gravel road in the country and host to The News24 Karoo Burn. 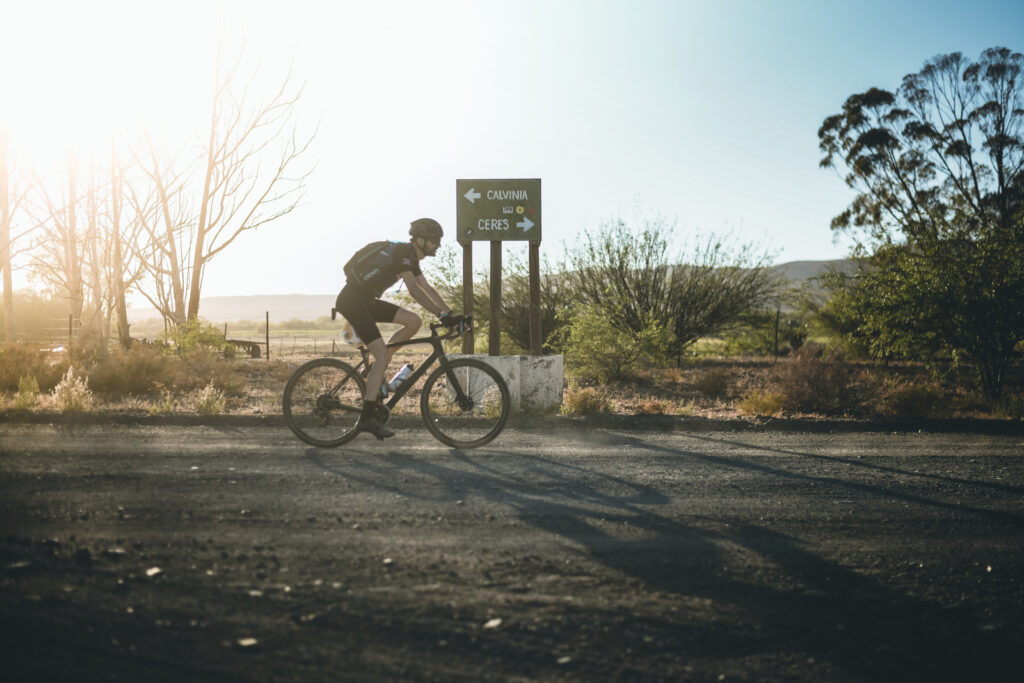 The R355, between Calvinia and Ceres, is the longest uninterrupted gravel road in the country and provides 194km of the 242km News24 Karoo Burn route. Photo by Justin Reinecke for zcmc.co.za.

Cyclists will have noted the increase in road, gravel and mountain bike coverage on South Africa’s largest online news platform. Ride24, a subsidiary of the larger News24 website, provides a substantial amount of unique coverage on local and international races. Now the overarching platform has also announced its sponsorship of Dryland Event Management’s race across the Tankwa Karoo and Koue Bokkeveld.

“Nearly two years ago, News24 made a commitment to focus on cycling and mountain biking in its editorial coverage,” said News24’s lifestyle editor, Herman Eloff. “It’s a lifestyle topic that has a passionate and committed community that has embraced us with open arms. Cycling editor Lance Branquinho and his talented team of writers have expanded our coverage to exciting new levels. Joining forces with The Karoo Burn event is the natural next step in expanding our commitment to the sport. We look forward to seeing you in the Karoo.”

“We’re looking forward to The News24 Karoo Burn already!” enthused Dryland Event Management’s Henco Rademeyer, seven months out from the event. “The indomitable spirit the participants exhibit during the race is awe-inspiring. Look, the route is unquestionably tough and the heat plays its part too. But when riders enter The News24 Karoo Burn they know exactly what they’re in for. Yet they come prepared and eager for a long, hard, day on the bike.” 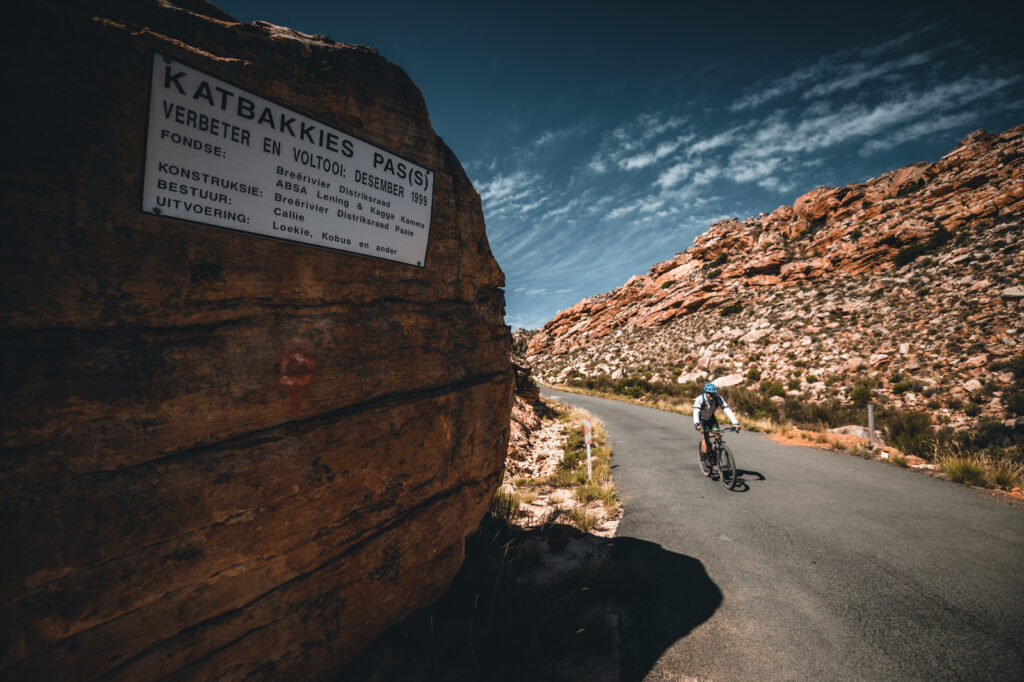 Katbakkies Pass is the pivotal point of the route and comes 200km into the race. Photo by Justin Reinecke for zcmc.co.za.

2023 marks the third edition of the 242-kilometre-long race. Which is set to take place on 25 February next year. Starting in Calvinia the route heads south-west along the R355. Climbing initially, for the first 20 kilometres before an 80 kilometre descent lulls riders into believing it will be an easy day in the saddle. The second half of the route is resolutely uphill, with a 70 kilometre grind to the Tankwa Padstal softening the legs for the true trial of the race. 170 kilometres into course the Katbakkies Pass provides the ultimate test of machine choice.

Having turned off the R355 and started the trek west towards the finish line at Kaleo Guest Farm, Katbakkies is the decisive point in the race. Rising 700 metres, from the Tankwa Karoo plateau into the rugged Koue Bokkeveld, in just 10 kilometres it begs the question: mountain- or gravel bike? The easier gearing of the mountain bike provides the option to spin up the pass. While the efficiency of the gravel bike required less energy expenditure, so theoretically one would be climbing fresher. 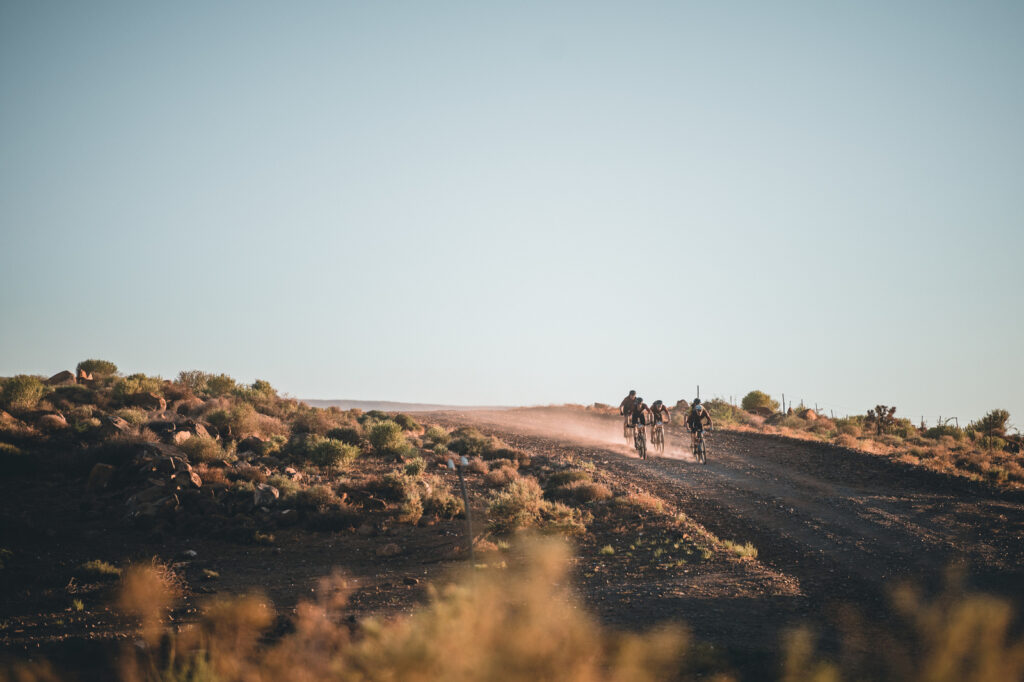 Corrugated descents, with rocks spread across the road by vehicles on their way to the Tankwa Karoo, are better suited to mountain bikes. Photo by Justin Reinecke for zcmc.co.za.

Interestingly the inaugural winner, in 2020, and this year’s champion both chose gravel bikes. While further down the field, those riding to tick a traverse of the R355 off their bucket-list, did so predominantly on mountain bikes. From the highest point of the race, at the summit of Katbakkies, the route descends to Rietrivier, before an undulating final 40 kilometres completes the race to Kaleo.

“Dryland does everything we can to make the 242 kilometre race that little bit easier,” Rademeyer was eager to point out. “Our water points are famously well-stocked and that certainly helps fuel the riders for the longest uninterrupted gravel road in the country as well as the ascent of the Katbakkies Pass. Still, anyone who completes The News24 Karoo Burn is, as Carel Bezuidenhout used to say, an yster!” 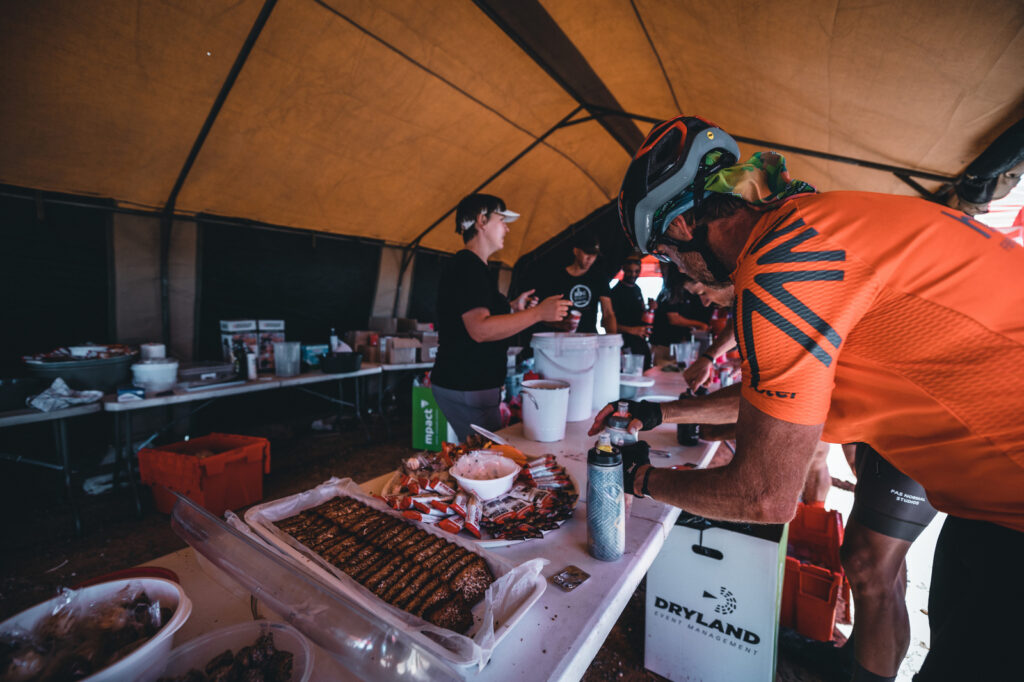 Entries to the 2023 edition are open. The race can be undertaken solo, as well as in teams of two or four riders. For entries and more information visit www.karooburn.co.za.